The Sea Buckthorn (Hippophae L.) is a deciduous shrub belonging to the family of Elaiagnoeidon. Although in modern Greece the sea buckthorn (anc. Buckthorn, ippofeos, ippofanis) used in recent years, in antiquity its use was widespread. Relevant references are texts by Theophrastus, a student of Aristotle, but mainly Dioskourides, the father of Pharmacology. The name derives from the troops of Alexander the Great, who noticed that the sick and injured horses that ate leaves and fruit of the plant were recovering faster, acquire more power, while the hair grew stronger and became more radiant. The Latin name of the genus Hippophae comes from the words horse <Hipp (a) - (horse) + -faes, GUS. the -fais <faos (light, shine), so it means bright, shiny horse.+ 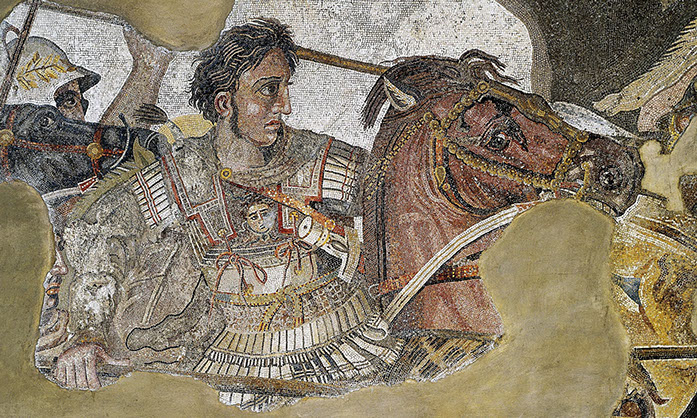 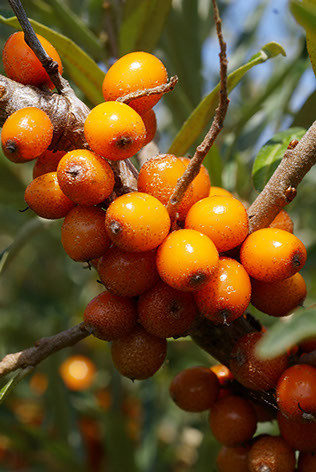 There are 6 species and 12 subspecies native to a wide area of ​​Europe and Asia, including the Ladakh region (Ladakh, India), which is used for juice production. Over 90%, or about 1.5 million hectares of global sources of Specialist write, located in China, where it is exploited with the purpose of controlling water loss and soil erosion. The shrub reaches a height of 0,5-6 m, rarely up to 10 m in central Asia and usually grows in dry and sandy areas. It is resistant to saline conditions either by air or by ground, but has great demand in rich sunshine for normal development and not tolerate shady conditions near to larger trees.

The common type ramnoeides the Sea Buckthorn (Hippophae rhamnoides) is by far the most popular, with a wide range spreading from the Atlantic coast of Europe to northwestern China. In Western Europe is largely limited to coastal areas, where salty raindrops sea prevent other larger plants to compete, while in Central Asia is more widespread in dry semi-erimodeis areas where other plants can not survive in dry conditions; also occurs in Central Europe and Asia as a sub-alpine shrub over dendrogrammi the mountains and in other sunny areas such as river banks.

The common sea buckthorn is dense, hard and very spiny branches. Leaves are light argyroprasina lanceolate, length 3-8 cm and a width of less than 7 mm. It is dioecious, with separate male and female plants. The male produces brown flowers producing pollen to fertilize the aid of air (or wind-anemofilo plant).

The female plants produce orange berries with a diameter of 6-9 mm, soft, succulent and rich in oils. The fruits are an important food source in winter for birds, especially for kedrotsichles.

The type iteofyllon the Sea Buckthorn (Hippophae salicifolia) (GATE. Willow-leaved sea-buckthorn) is limited to the Himalayan region, south of the Common Sallow, grows at high altitudes in dry valleys; differs from H. rhamnoides in width (10 mm) , greener (less silvery) leaves and yellow fruits. A wild plant variation found in the same area, but at even higher altitudes in the alpine zone. He is low shrub that grows no more than 1 m in height and has small leaves length 1-3 cm. 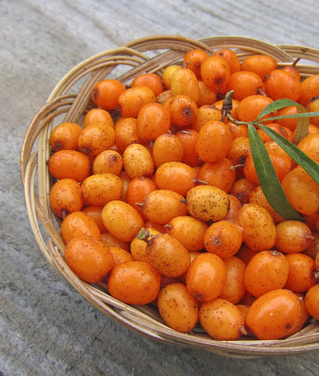 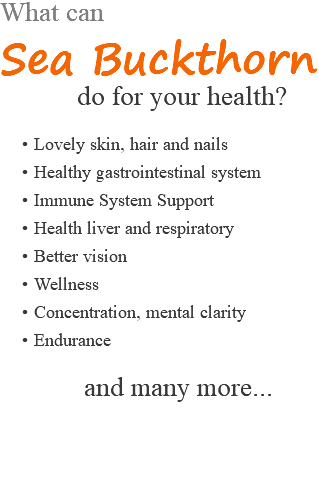 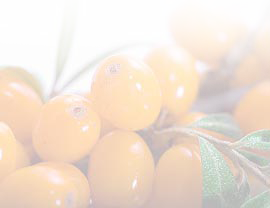 The Sea Buckthorn is considered the King of hypertrophy found in this 190 valuable for any organization nutrients and organic substances consisting of vitamins, fatty acids, amino acids, minerals and trace elements. What, however, the significance of all this for the body and how they help?

(according to surveys as reported in the literature) 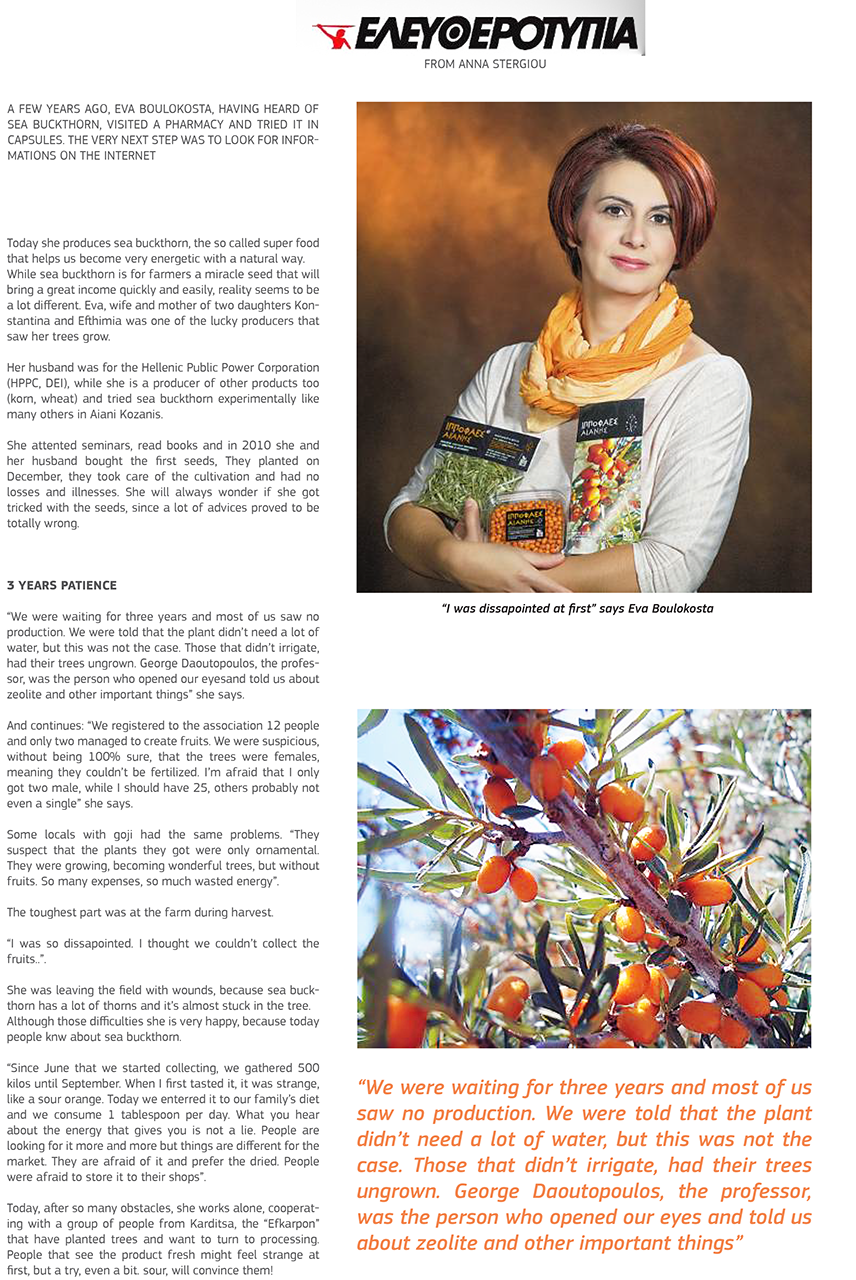